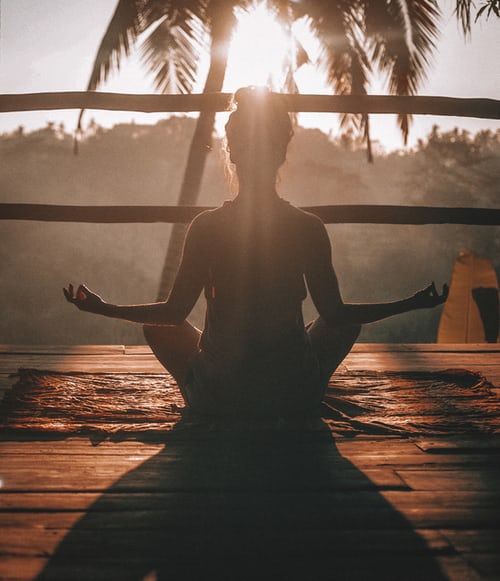 Mindful meditation is helping some Torontonians deal with their mental health during the pandemic.

During the early days of the first COVID-19 lockdown, Derrick Moore, 64, a retired Scarborough high school science and physical education teacher, spent most of his time in his newly renovated basement. His two adult sons call it “the shrine.” The area displays a wall of family and hockey league team pictures and a prized football championship plaque that Moore and his team won in 1972 for Agincourt Collegiate in Toronto.

Wearing his signature hat — a grey newsboy cap — he anxiously searched his Android phone to get the latest virus updates. “COVID was creating a panic that was taking over my mind,” Moore says. “Every night, I was listening to five hours of terrible pandemic news.”

On March 11, he was alarmed to discover that the NBA was suspending all basketball games until further notice. “I was concerned, scared, and a little in denial [before that],” he says. “But when I heard that they shut down the NBA league and all the [other] sports, I knew things were terrible.”

Moore had first heard about Carcasole’s classes in the spring of 2006 when he checked into Scarborough Centenary Hospital. “My heart was beating fast. My blood pressure was high. I thought I was near death.”

At the hospital’s outpatient clinic, a psychiatrist diagnosed Moore with an anxiety attack, whose symptoms can resemble a heart attack. The doctor also noted Moore’s Attention Deficit Hyperactive Disorder (ADHD). ADHD is characterized by restlessness and an inability to focus. The physician gave Moore a prescription for sleeping pills and antidepressants. He also recommended Carcasole’s popular mindfulness meditation classes to reduce his anxiety.

Moore took his advice and found the classes beneficial. And then along came COVID.

Carcasole, who had taught mindful meditation to more than 4,000 students over 25 years, had to shut down his meditation groups at Centenary Hospital in Scarborough around the end of March 2020 due to COVID. But the effects of the government’s tight lockdown on people’s mental health alarmed him. “I had to restart meditation,” he decided. “We were all going crazy.”

His email to 1,400 of his former students said the guided meditations would begin, on Zoom, on March 30. “Regarding the COVID pandemic,” it read, “we know that the difference between experiencing mild or no symptoms and getting quite sick is the robustness of your immune system. Mindfulness is a stress reduction technology and has been shown to improve immune function. I can teach you to be on a path to reducing your stress levels.”

What is Mindful Meditation?

Jon Kabat-Zinn, a professor at the University of Massachusetts Medical School and the generally assumed “father of mindfulness,” had influenced Carcasole’s mindfulness program. In 1979, Kabat-Zinn had helped shepherd the word “mindfulness” into the North American mainstream and made meditation a practice that scientists and doctors take seriously.

Buddhist meditation practice influenced Kabat-Zinn, but his approach was to remove much of the Buddhism. “I bent over backwards to structure it and find ways to speak about it that avoided as much as possible the risk of it being seen as Buddhist, new age, eastern mysticism or just plain flakey,” he says. He created a revolutionary system to tackle pain in chronically ill patients. He then developed mindfulness courses to undertake mental health problems. Over 2400 scientific studies support the efficacy of Kabat-Zinn’s mindfulness program.

“Meditation for beginners can start with letting the body settle, letting go, and relax, into a chair, into the floor,” Carcasole says. “The basis of mindfulness is to focus repetitively on the breath, first inhaling the breath and then exhaling it. It sounds simple, but it’s hard. Positive results are usually not evident before four or five weeks, which is why almost all the scientific research on mindfulness had been based on an eight-week program.”

Research has shown that the consistent and continuous practice of meditation reduces stress and increases the emotional and physical well-being of meditators. Long-term meditators report being more mindful in daily life and score higher on several characteristics, reflection, self-compassion and well-being.

But mindfulness is not a panacea.

A 2019 University College London-led study found that more than a quarter of regular meditators have had “particularly unpleasant” psychological experiences related to the practice. The negative emotions included feelings of anxiety, panic, depersonalization (feeling detached from one’s mental processes or body), and thoughts of suicide.

However, the considerable success of mindfulness meditation practices in healthcare settings had sparked what is now called “the mindfulness movement,” which includes the widespread application of mindfulness practices in schools, police departments, professional sports, mass media, and even the British Parliament.

Carcasale’s decision to relaunch his classes immediately lowered Moore’s anxiety. “I was ‌feeling ‌hope ‌and ‌ excitement ‌when I ‌got ‌the‌ ‌‌email‌,” he says. He knew that consistent mindfulness practice could reduce his anxiety and diminish his severe osteoarthritis aches. He suffers from knee and hip joint pain due to over 20 years of daily running and playing hockey. The former avid hockey player requires hip and knee replacement operations. But COVID had put elective surgeries on hold.

Eva Ligeti, 70, a University of Toronto law professor and the first Environmental Commissioner of Ontario, also received Carcasole’s invitation and eagerly rejoined his class. “In February, I was in quarantine and isolation for 14 days since I came home from the U.S.,” she says. “There were chaotic conditions and constant news of deaths. My worry just increased.”

That was also the case for Margaret Singleton, 48, a former office worker who has been on long-term medical leave and was struggling with her deteriorating mental health. Six years ago, Singleton’s anxiety attacks and depressive state were so severe that her husband took her to Centenary Hospital’s emergency department in Scarborough. She received psychiatric treatment at the hospital’s outpatient clinic. Her psychiatrist also introduced her to Lou Carcasole’s weekly mindfulness meditation program, which helped her considerably.

After COVID struck and Carcasole’s classes were cancelled, she soon experienced severe depressive symptoms, including sleeping around the clock, not eating and secluding herself from family. “I was isolated, anxious about Blair, my husband, getting COVID since he was working at Loblaws as the seafood manager, and I was worrying — what if he lost his job since he is the breadwinner.”

When she had stopped communicating with friends and family and stayed in bed, her husband became her primary support system. “Blair forced me to get up, take a shower, and made me eat,” she says. “My family have gone through hell and back with me.”

She, too, happily received Carcasole’s email and knew she had to rejoin his classes.

Nine months later, and having meditated almost daily with Carcasole’s class, Singleton was relaxed. She wore her shiny dark hair long and had no makeup on. Her attire was a casual outfit ー navy blue sweatpants and a pink collarless cotton shirt. In her basement apartment’s storage/workspace, she was surrounded by her “cluttered office stuff” — plastic bins in disarray, books lying willy-nilly on their sides, and her cherished woodwind recorder.

Singleton used to play her recorder during the late 90s at the University of Toronto Faculty of Music. Severe tendinitis in her right wrist and thumb sabotaged her playing the recorder and oboe. “Since October 2020, my wrist and hand are better,” she says. The amateur musician has picked up her woodwind instrument and performs Baroque and Medieval compositions with a group of musicians on Zoom.

“Meditation is a game changer,” she says. “[Without it] I couldn’t have dealt with COVID in the last year without going into a deep depression.”

It has also helped to improve her relationship with her family. “I spent the week after Thanksgiving with my parents under COVID-19 lockdown less afraid, more focused, and have more energy,” she says. Meditation practice has helped decrease her antidepressant medication and has lowered the dosage of her anti-anxiety drugs by 75 percent.

Ligeti has also benefitted. “Starting meditation in [late] March reduced my stress and brought me to a situation of equanimity,” she says.

Derrick Moore reports similar results: “Lou’s meditation did more for me than the medications. Meditation changed everything.”

He says that after nearly a year of mindfulness, “Meditation keeps me calm, and I can sleep. When I meditate, incredibly, 50 percent of my chronic pain goes away. The practice affects everything. The senses are more elevated. I notice everything on my walks, the leaves, the sky and the sounds.” Since rejoining Carcasole’s classes, Moore has had a better relationship with his wife and his 27-year-old son, who also suffers from ADHD anxiety.

On February 5, 2021, Moore had hip surgery at Stouffville hospital on the coldest day of the year. “It’s all OK. I had a ‘little’ hip replacement,” he says. “I was awake for most of the operation. I could hear the drill, but thankfully not the saw.”

Two weeks later, he had only used Tylenol for his pain, and with the support of two canes, he was taking daily one-kilometre walks.

In March, Moore received his first shot of the AstraZeneca vaccine in his right arm.

“I did breath meditation before the vaccine shot to take the edge off,” he says. “The vaccine was a life-changing experience. It gives me a chance to get my life back. Meanwhile, the best thing I can do for myself is to continue meditating. I am more optimistic about today and the future. I feel gratitude because of mindfulness.”

Marlo Fieldstone, marlo.field@gmail.com, is a Toronto-based freelance writer. Marlo was one of 70 students who joined Carcasole’s first Zoom meditation classes. A year later, she is still meditating daily. Not all the meditators, however, had positive results. Some found sitting still for up to 40 minutes, focusing on the breath and the body, monotonous. More than half dropped out of the class. 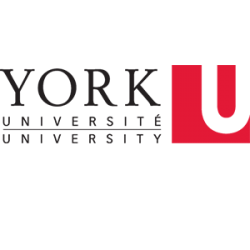